“Appearing on Planet of the Apps was a life-changing experience, presenting to Jessica Alba, Gwyneth Paltrow, Gary Vaynerchuk, and Will.i.am is an adventure I would not even of fathomed when we started the company in 2010,” said Grant Glas. “The best part of participating in the filming of the show is being featured on the homepage of the App Store and meeting iOS app Founders from all over the United States, trying to create something special and taking significant risks to make their ideas a reality.”

The reality show, which launched on June 6, 2017, on Apple Music, has a simple premise: Entrepreneurs have 60 seconds on an escalator to pitch to judges then if selected to give a longer presentation in hopes of landing venture capital investment.

App Press' pitch revolved around the idea that anyone can build an app, the creation process just requires the right tool. App Press is that solution to make apps quickly and code-free.

The show can be viewed on demand anytime on Apple Music streaming service.

As part of the show, App Press is on the homepage of the App Store, under the Planet of The Apps central brick.

Founders Grant Glas and Kevin Smith launched App Press in 2010 to bring mobile app development to companies who lack the expertise to create and publish apps. Since its debut in 2010, App Press has been used to create and publish hundreds of apps for startups, small businesses, and big business like Nordstrom, Verizon Wireless, WeddingWire, and Simon Property Group. 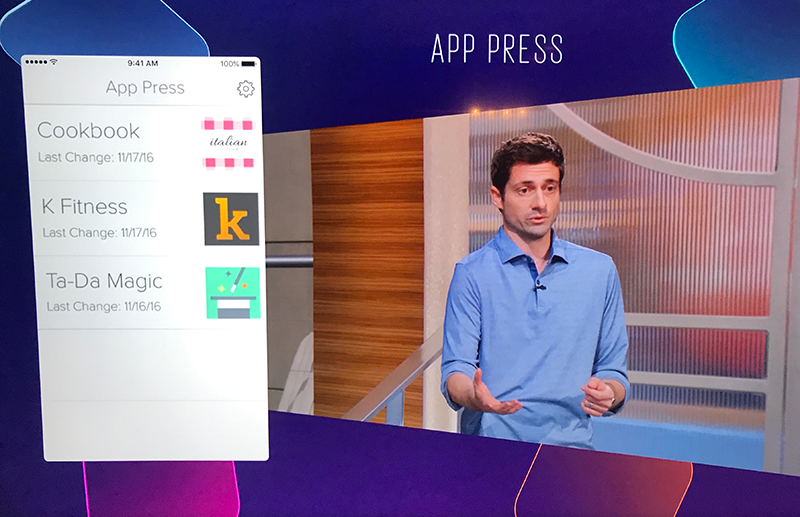